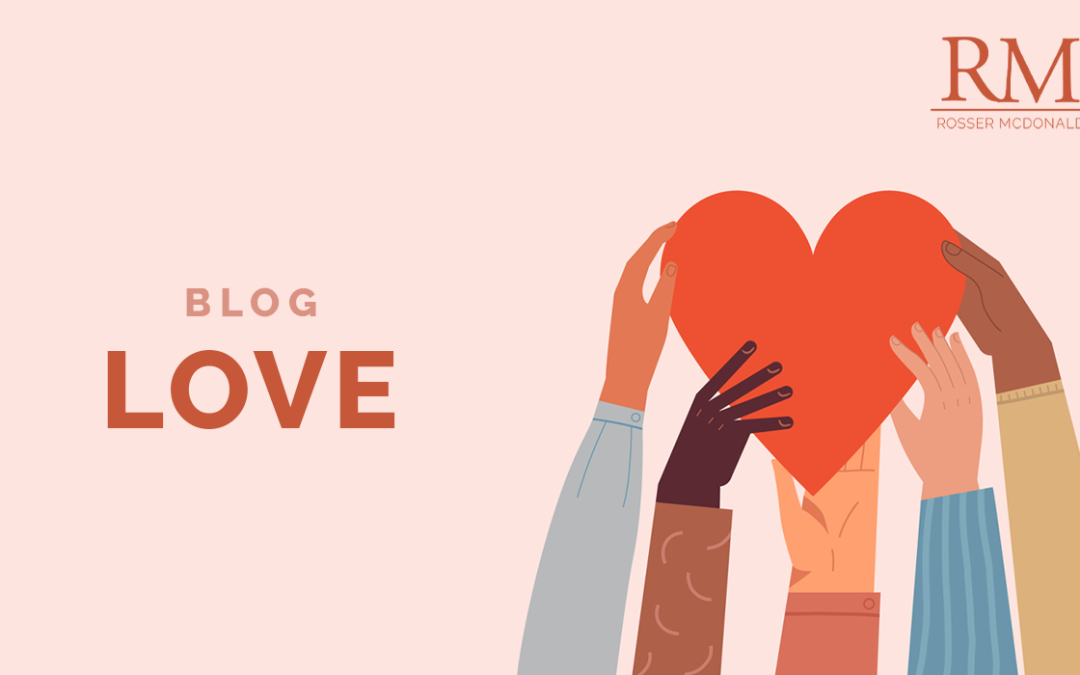 Valentine’s Day is a big deal.  Valentine paraphernalia replaces Christmas items in the stores.  Promotions encourage us to show our LOVE.  And that is what bothers me.  “Love” has become an over-used word in our society.  It’s meaning has become too common, even meaningless.

I learned the expression of true love not long after I got married.

Let me introduce you to my wife of 63 years, Glenda, who passed away just over 2 years ago.  She was a wonderful musician, and an even more wonderful person and wife.  She played piano and organ in churches more than 60 years.  She played before groups of thousands and led music conferences – as an accompanist, not a concert performer.  She made sure that folks understood her calling was to accompany soloists, choirs, congregations, etc.  She did a great job of helping whomever she ‘backed up’.  She blessed thousands in more intimate settings such as weddings and funerals.  She had a rare combination of God-given talents to anticipate what the conductor or soloist would do next.  She was also a rare musician who would sigh-read notes; and to play by ear – those talents are usually one or the other.  Plus she could improvise chords and fill-in notes.  Glenda could utilize those skills even all at the same time.  (You do realize you are getting this from a completely objective source.)  Anyhow, that’s background for my point about “love”.

Glenda was sometimes bothered by insecurity, planted in her growing up years.  She wondered if people really liked her.  And accolades of her music would sometimes bring thoughts that music was the only reason she was liked – they don’t like the real Glenda because she assumed they don’t know the “real Glenda”.  She knew the real Glenda and sometimes didn’t like her.  So, she would ask me “Why do you love me?”  After some soul-searching I shocked her by explaining “I don’t know why I love you, I just do”.  That became a matter of study for me.  It became clear that if I say, “I love you because you are beautiful.”  That implies that if an accident marred that beauty, it would affect my love for her.  Same with “you’re a great musician” and the possibility that her hands were to get smashed.  Or any other ‘because’ I could come up with.  If I can add a ‘because’ I have just diminished or even canceled the purest love I have for her.  She just is and I just love her.  She would work through that and accept it – until her insecurity raised it’s head and we went through it, again.

Now to move to non-personal examples of “becauses” not being compatible with true love.  The purest love is God’s love for us, called ‘agape’ and in the New Testament Book of Roman’s, chapter 5 Paul tells us that God loved me while I was a sinner.  He didn’t clean me up or make me jump through some hoops so He could love me.  He loved me as I existed, not “Because” of any part of my life; and, Jesus went to the cross, out of pure love for me – taking my place in paying my sin debt.  When God sent Samuel to anoint David as the future King of Israel, He didn’t say, “Because he is a great warrior.” Or “because he knows my commandments.” Or “because he is handsome.”  All those were true, but God said, “David is a man after my own heart.”  God and David had an established love for each other, without the need for qualifications.

In today’s society, it’s more difficult to describe real-life relationships like God and David.  “Love” has been abused and trivialized, too often used in place of “like” or even in place of “Goodbye” with nothing else to say.  I would tell Glenda many reasons why I LIKE her: beauty, music, companionship, wisdom and on and on.  But that is “LIKE” not “LOVE”.  Then, there are all those popular songs that trumpet the wishy-washy nature of “love” – here today, gone tomorrow.  There’s a very dynamic example in my book, “Real Prison Real Freedom”, featuring Rickie Smith. He went into the Texas Department of Criminal Justice (current name) with a 10 year drug charge, but in less than 4 years had earned the reputation as ‘the most violent inmate in Texas’ and added 300 more years to serve.  The constant hatred, rage and battles wore him out and put him in position to hear Jesus offer to give him REST.  “REST! That’s what I need, rest!”  It took a couple of days for Rickie to flesh out the relationship which brought the rest.  But our point, here, is that Jesus words were directed to what Rickie could hear.  He had been told many times that Jesus loves him, and he responded with cussing and ridiculous words and phrases.  But this time he saw the word that caught his attention, REST.  There was no reference to the need to clean up his life, although he obviously did.  And if you want to consider “Becauses” about the only thing available would be because he is winner of the title “WORST OFFENDER” in a prison system of 50,000 men.  Rickie had cursed God, made fun of Him before countless people and ridiculed many, many Christians he came in contact with.  What “Because” can be found that could be a reason to love him, or even like him?  But the Lord knew what Rickie needed and sent His invitation in that form – REST.  Rickie was well aware of his need for rest and by looking into Jesus offer, he saw it came through love.  He accepted and received God’s love, through Jesus Christ, the Messiah.  After that, came a time of discipleship and learning how to live a completely opposite style of his previous years, and learning that the God of the whole universe has unqualified love for one of the worst criminals you could find.  And, in fact, you can’t even find that “worst criminal” anymore.  He’s gone away and left in his place as sweet and nice a friend as you’ll ever want.  That’s been demonstrated over and over the past 30 years.

If that’s what you mean when you say, “I love you.” Great!  But most of the times we hear “I love him, or her, or it,” it’s really expressing appreciation for likeable or favorable actions or traits.  For that reason, I have a general aversion to saying “I love you” in surface relationships.  If I say “I love you” to a nice friend, then it reduces the depth of my love when I say “I love you” to my Daughters or son.  Putting the same meaning in both expressions reduces the value.  I’m frequently disturbed by ways that the ‘love’ statement shows up in our society.  I don’t want to sound more holy than others, but real love is a beautiful and wonderful blessing in one’s life.  Making it less than that by being flippant or trivializing or otherwise misusing it takes away from God’s intention.  In fact as an expression to a person “I love you” is rare in the Bible and off the top of my head, I don’t recall the phrase “I like you” in the Bible.  So, a pet peeve of mine has turned into a lengthy word study.  But, it’s an important ‘peeve’ to me.

So, enjoy your valentine season, and other such secular observances and remember – “I LIKE YOU, TOO!”